The USS Cavalla rests at Seawolf Park in Galveston, Texas. On June 19, 1944 she sank the Japanese carrier Shokaku, one of the warships responsible for the attack on Pearl Harbor.

Andrew and I climbed down the ladder into the sub, a giggling group of teenage girls behind us. 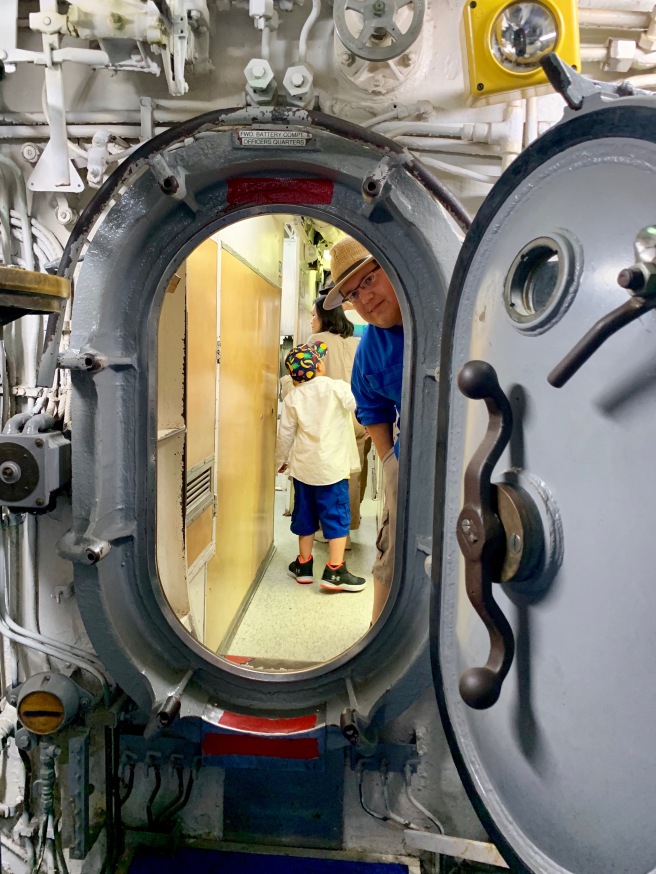 The Cavalla, decommissioned in 1946, was retrofitted as a “hunter/killer” sub in 1952 during the Soviet threat. She specialized in attacking other submarines.

In 1971 the USS Cavalla was moved to Seawolf Park. The park is named for the USS Seawolf, a submarine lost at sea during WW II.

The sign at the entrance to the park reminds visitors the sub is a war machine. Not much has been changed inside the Cavalla, but they did add air-conditioning for the tourists.

The boat sits on dry land, but I did not want to linger below. I whispered “This is a War Machine” as we bent and twisted through the cramped quarters. I prayed everything was indeed decommissioned as the young ladies behind us touched dials and jostled us as we journeyed through the tour.

The destroyer escort USS Stewart sits beside the USS Cavalla. Predator and Protector.

We toured the ship, climbing up the stairs at the side, rising into the cloud puffed sky. 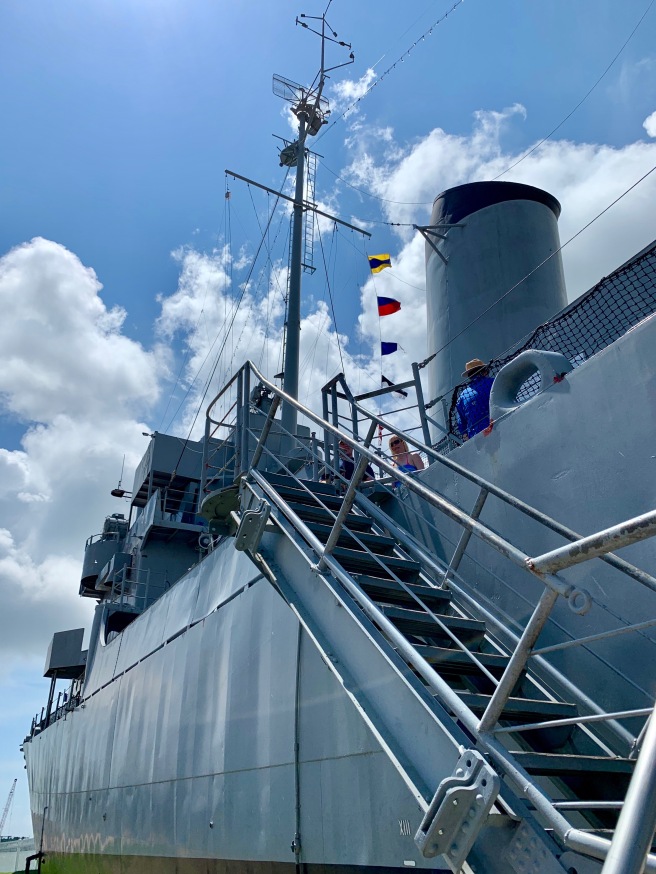 We went below, into the eerie quiet that seemed spacious after the submarine. There was no air-conditioning and the teenage girls did not follow us.

There were no ghosts there, and if not exactly haunted, the place compelled us to silence, remembering the souls lost on the boat the park was named after, the USS Seawolf.

This is not a toy, this is a war machine.